Efforts to characterize and estimate the functional forms and strengths of species interactions in species-rich communities are hampered by the multitude of direct and indirect interactions such systems exhibit. Empirical insights have also been constrained by an assumption that the feeding behaviors of specialist predators are representative of the behaviors exhibited by generalist predators, which are far more common in nature. This is largely because logistical and statistical constraints have limited almost all studies to species-poor systems of single predator species interacting with only one primary prey species. Even inherently generalist predators have thereby been reduced to effective specialists, whether in manipulative experiments or in time-series analyses. New ways to quantify species interaction strengths are needed to identify keystone species, inform the development of mathematical models, and further our understanding of the processes that regulate community structure and dynamics.

Much of our work to date has sought to develop an observational approach with which to overcome many of the aforementioned limitations. The approach relies on (1) predator feeding surveys for estimating the proportions of predator indivdiuals who are caught in the act of feeding on different prey categories (i.e. species), and (2) estimates of prey detection times, typically derived from laboratory experiments, that determine the probability of observing a feeding event when conducting a feeding survey. These data allow us to estimate a predator population’s (or predator indivdiual’s) prey-specific feeding rates which, in conjuction with (3) estimates of prey and predator abundances, allow us characterize the functional forms of their interactions. We have applied the approach in both stream and intertidal communities. 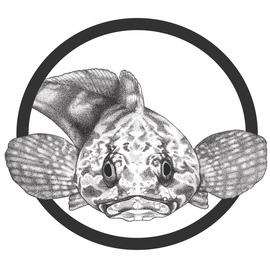 Contributions of parasites to energy flow through a stream food web

Parasites are increasingly recognized for their significant roles in shaping community structure and ecosystem dynamics. Due to their …

Using stable isotopes to quantify species interaction strengths
Understanding ecological interaction strengths is one of the main objectives of ecology. Recently, two methods for estimating …
Shepard
PDF
Trophic omnivory across a productivity gradient: intraguild predation theory and the structure and strength of species interactions
Intraguild predation theory centres on two predictions: (i) for an omnivore and an intermediate predator (IG-prey) to coexist on shared …
Novak
PDF Cite DOI Data SOM

Estimating interaction strengths in nature: experimental support for an observational approach
The complexity of food webs poses a significant hurdle for our growing understanding of the structure and dynamics of ecological …
Novak
PDF Cite DOI Data SOM

Using experimental indices to quantify the strength of species interactions

Few methods for demonstrating the effects of species interactions rival that of the manipulative experiment (Kareiva and Levin 2002). …

Estimating nonlinear interaction strengths: an observation-based method for species-rich food webs
Efforts to estimate the strength of species interactions in species‐rich, reticulate food webs have been hampered by the multitude of …
Novak, Wootton
PDF Cite DOI

Trophic omnivory and the structure, strength, and nonlinear nature of species interactions across a productivity gradient

Two elements of food webs add significantly to their complexity: The presence of trophic omnivores and the nonlinear nature of …

Novak
Cite
Diurnal activity in a group of Gulf of Maine decapods
The patterns of diel activity of four large decapod species in the shallow subtidal of the Isles of Shoals, Gulf of Maine, U.S.A. were …
Novak
PDF Cite DOI Data
Intraguild and extraguild predations: implications for the diel activity and distribution of four large decapod species
On the rocky shores of the Gulf of Maine, the American lobster, Homarus americanus, the Jonah crab, Cancer borealis, the Rock crab, …
Novak
PDF Cite DOI