Contributions of parasites to energy flow through a stream food web

Parasites are increasingly recognized for their significant roles in shaping community structure and ecosystem dynamics. Due to their cryptic nature, however, they are often neglected in measurements of energy flow and biomass in ecosystems. Past studies have demonstrated that parasites directly contribute to the flow of energy through marine estuaries and freshwater wetlands, yet it remains unknown how broadly applicable these findings are across other ecosystems. The aim of our study was to quantify the role of trematode parasites in the flow of energy through freshwater streams, using biomass as a proxy for energy flow. To accomplish this, we quantified the density and size distributions of aquatic organisms using quadrat and surber samplers within three Oregon steams (n = 9 field sites total) during the summer months. We then used length-to-mass regressions to estimate the free-living biomass of each organism per unit area. To estimate trematode biomass, we dissected freshwater snail hosts, Juga plicifera, quantifying infection prevalence and trematode mass as a function of host body size for each trematode taxon.

Juga snails dominated the standing crop biomass of aquatic invertebrates, constituting an average of 87.5% of the total invertebrate biomass across the three streams (mean = 3.77 g m2). The other most important groups included Coleoptera (0.0315 g m2), Plecoptera (0.0138 g m2), Trichoptera (0.0129 g m2), and Odonata (0.0128 g m2). We identified five trematode taxa that infected Juga snails at our field sites (Metagonimoides oregonensis, Nanophyetus salmincola, Acanthatrium oregonense, Derogenidae spp., and Opecoilidae spp.). Trematode tissue comprised an average of 31% of the total body mass of each infected snail at the individual level, with a positive correlation between snail size and percent trematode mass. Trematode biomass ranged from 4% to 17% of the total population-level snail biomass, averaging 0.392 g m2 across the sites. Trematode biomass exceeded all taxon-specific and total free-living insect biomass (mean = 0.096 g m2). Our results suggest that trematodes are capable of surpassing the roles of many major free-living invertebrates in the movement of energy through these stream food webs. Furthermore, because few aquatic predators consume Juga snails, trematodes potentially alter pathways of energy flow by routing snail production through parasites and into other components of the aquatic food web. 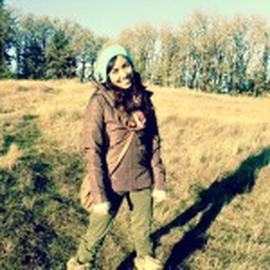