A potential ultimate cause of variation among individuals is disruptive selection in which natural selection favors individuals with more extreme trait values over individuals with intermediate trait values. Theory has suggested that the availability of alternative resources and intraspecific competition for those resources can drive disruptive selection in consumers and lead to increased diet variation. However, this theory makes several ecologically unrealistic assumptions. In particular, this theory assumes that consumers have linear functional responses and that the trait of the consumer under selection only influences the consumer’s attack rates on resources. In Chapter 2, I alleviate these assumptions and show that nonlinear functional responses and traits influencing multiple functional response parameters simultaneously can influence the strength and likelihood of disruptive selection. My results suggest the characteristics of consumers in which disrup- tive selection in resource-use traits may occur and diet specialization through this mechanism may be most likely.

In Chapter 4, I present the results from a field caging experiment examining the proximate ecological mechanisms determining individual diet specialization and its consequences in the intertidal whelk, Nucella ostrina. Many of the hypotheses on the ecological causes of diet specialization assume that individuals differ from one another in their prey preferences. However, these hypotheses ignore the potential influence of stochasticity in the foraging process in generating diet variation among individuals. The results of this chapter suggest that changes in the magnitude of diet variation with changes in prey community composition in Nucella ostrina can largely be explained by stochastic foraging by individuals with shared prey pref- erences. In this chapter, I also estimate the consequences of this diet variation for estimates of predator feeding rates through nonlinear averaging (Jensen’s inequality) of predator attack rates. The results suggest that nonlinear averaging alters the perceived strength of predator-prey interactions in this system providing one of the first empirical estimates of the potential consequences of diet variation. 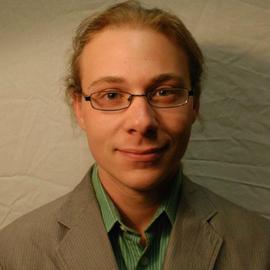