Invasive species are one of the greatest threats to biodiversity around the world. Although a seemingly harmless act, species introduction into a new ecosystem can have detrimental effects. Once introduced, invasive species may disrupt the existing ecosystem by competing with native species for limited resources.Freshwater ecosystems are heavily invaded, with native species at risk of being removed. Crayfish are one of the most widespread aquatic invaders around the world. They are introduced into freshwater ecosystems by fishermen who use them as bait and by schools who use them for scientific experiments. Crayfish affect stream food webs by competing with fishes and other invertebrates for food and shelter.

I will independently conduct laboratory experiments to test the competitive behaviors of ringed and signal crayfish. I will collect both juveniles and adults of each crayfish species from streams in the Willamette River basin. The crayfish will be sustained in lab conditions one week before the experimental trials. Lab conditions will consist of a 14:10 hr light-dark cycle at 15°C. One ringed crayfish and one signal crayfish of similar size will be placed together in a tank for both food and shelter trials. Prior to the food competition experiment, the pair will be starved for 24 hours. After crayfish acclimate to the tank for 1 hour, I will place a worm in the tank and note which crayfish obtained the worm. If a trial lasts longer than 20 minutes, I will record it as a tie. The experimental trials for shelter will consist of the different crayfish pairs that were used for the food competition trials. A PVC half-tube shelter will be placed in the experimental tank. A pair consisting of a ringed crayfish and a signal crayfish will acclimate in the tank overnight. The following day, I will note how often each crayfish use the shelter every hour for 8 hours. Usage of the shelter will only be noted if 3/4 of the body are within the pipe. After the shelter experiment, I will also observe how often each species uses its shelter when put in a tank alone. Individual shelter usage will be noted every hour for 8 hours. 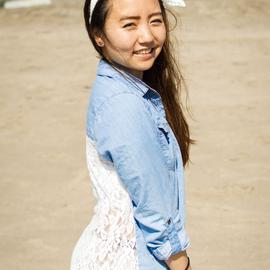