Effects of predator introductions on population and community dynamics

There is increasing awareness that human activities are altering the ways that natural systems operate and that local shifts in species composition and abundance can lead to abrupt and irreversible global change. Therefore, understanding the processes that buffer biological communities from critical shifts and how our actions affect natural stabilizing feedbacks are important goals of ecology. One human activity with far reaching consequences for global ecosystems is the introduction of exotic species outside of their native ranges. Introduced predators, whose effects may be exacerbated by lack of shared evolutionary history with native prey, can have particularly strong effects on recipient communities. As trophic interactions play a central role in both population regulation and community persistence, it is essential to determine the extent to which introduction of novel predators can alter the function of stabilizing mechanisms.

The goals of this dissertation were to use a combination of manipulative field experiments and theoretical modeling to explore how introduced predators influence invaded communities through their effects on the processes that naturally maintain bounded prey population dynamics and promote community coexistence. Density- dependent predation can regulate prey populations by providing a negative feedback in response to changes in population size. In my first experiment (Chapter 2), I investigated the effects of invasive Indo-Pacific red lionfish (Pterois volitans) on density-dependent mortality patterns previously documented to regulate a common native Atlantic prey species, the fairy basslet (Gramma loreto) on coral reefs in the Bahamas. By repeating a pre-invasion density-manipulation experiment, now in the context of predation by both native piscivores and lionfish, I demonstrated that per capita loss of fairy basslet remained density-dependent in the presence of lionfish, but the overall magnitude of loss was substantially greater compared to pre-invasion rates. Per capita loss was higher in 13 out of 16 basslet populations with an average increase of over 60% in the presence of the invader. The before-and-after design provided no evidence for a change in the intensity of density dependence between experiments, indicating the addition of destabilizing density-independent mortality caused by lionfish.

In my second experiment (Chapter 3), I employed a split-plot, cross-factored experimental design, manipulating both fairy basslet density and lionfish presence/absence such that differences in per capita loss rates were attributable only to predation by the invader. Over four weeks, mortality of fairy basslet was far greater on lionfish reefs compared to reefs with only native predators, displaying 2.4 times higher net loss on recruitment-enhanced fairy basslet populations and a five- fold increase in net loss at unmanipulated prey populations. Per capita loss was density-dependent in both predator treatments, but high mortality rates at low prey density on lionfish reefs resulted in extirpation of 15% of unmanipulated fairy basslet populations. In contrast, no prey populations were extirpated on reefs with only native predators.

In addition to field experiments, this dissertation includes a theoretical model (Chapter 4) that explored the effects of predator novelty on the coexistence of an intraguild predation web with adaptive antipredator defense in the shared prey. Adaptive prey responses can promote multi-predator coexistence by creating a stabilizing tradeoff in the allocation of predator-specific defense effort. Yet to date, all such theory has assumed that prey have accurate perception of predation risk and appropriate antipredator responses, assumptions that may not be justified when considering a novel predator. The model showed that the parameter region of IGP coexistence is dramatically reduced by an exotic predator but that effects of novelty on community persistence are complex and context-dependent. Specifically, the model predicts that predator novelty can weaken the effect of adaptive defense, causing exclusion of native predators that would persist in the absence of novelty. Coexistence is predicted to be more sensitive to the effects of suboptimal defense compared to naïveté and differentially leads to exclusion of native predators in highly productive environments and when defense costs are low. Moderate novelty of the omnivore can increase resource density via a trophic cascade, while consumer novelty can either lead to omnivore exclusion or facilitate three-species coexistence by providing a subsidy to the otherwise excluded native omnivore. The results suggest that models of adaptive defense are sensitive to assumptions regarding predator-prey eco-evolutionary experience and that predator novelty has significant implications for food web dynamics.

Overall, the research described in this dissertation illuminates the mechanisms by which introduced predators can disrupt the boundedness and persistence of otherwise stable systems and provides insight into how predator novelty can alter biological communities via novel trophic and non-trophic interactions. As natural systems across the globe face multiple stressors that can alter their functioning, it is increasingly vital to understand the stabilizing mechanisms that buffer these systems from change, and how species introductions may modify the capacity for communities to respond to natural and human-caused disturbance. 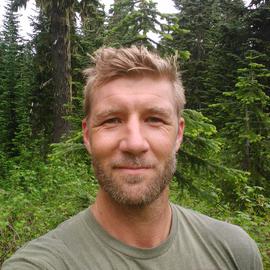