Food webs are extraordinarily complex, containing myriad direct interactions and indirect effects. Determining how this network of interactions and effects influences a food web’s qualitative dynamics is a challenging task, especially because data on food web structure and individual interaction strengths is unknown in virtually all real-world ecosystems. The goal of this project was to determine how extinctions and invasions impacted the probability of correctly predicting species dynamics in computationally generated food webs, when these webs were subjected to press perturbations under progressively higher levels of interaction strength uncertainty. It was expected that extinctions, by reducing the number of direct interactions and indirect effects, would generally make responses easier to predict. Since introductions would have the opposite impact, it was predicted adding species would generally make responses harder to predict. Overall, removing species had varied results, but generally made responses easier to predict. There was a strongly supported negative relationship between the number of direct interactions had by a species, and the median percent of mispredicted press perturbation responses of remaining species interactions, after that species was removed. Adding species generally made responses easier to predict. It is possible that network instability caused this pattern to occur. 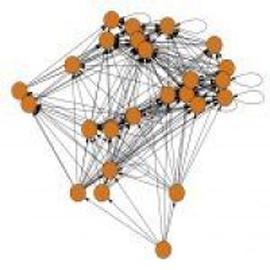